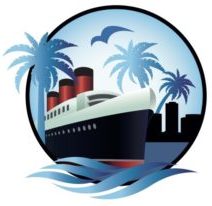 The sisterhood between the two cities was established in 1994, but the ties became dormant for almost two decades. Upon the initiatives of Joe Gamboa, a US citizen based in California, and Joey Montalvo, who heads a Negros-based advocacy group, the sisterhood ties have been revived through the Long Beach-Bacolod Association Inc. (LBBAI). In 2018, the Bacolod City Council passed a resolution approving the re-activation of sister city relations with Long Beach, whose own legislative council endorsed the long-awaited revival through a similar process shortly thereafter. There is a large Filipino-American community in Long Beach and the Greater Los Angeles area, with many coming from the four Visayan regions, including a sizeable number from Bacolod and the Negros Island Region. Both cities are recognized as educational centers in their respective regions. The California State University at Long Beach is eager to have student exchange programs with the University of Negros Occidental-Recoletos and the University of St. La Salle-Bacolod. A trade and investment delegation from the Fil-Am community in Southern California participated in the 2018 first ever Masskara Festival in Long Beach. The enormous Masskara Festival in Bacolod is the model for a planned annual exchange and growing tribute Masskara Festival in Long Beach during this summer. To learn more click on the link.https://www.longbeachbacolodassociation.org/